FFS is an extract of medieval warriors and antique gladiators fighting techniques. From a wide range of procedures (some of which are rediscovered in MMA), we created a comprehensive combat system with a single tactic. During five-years of testing by the Prague nightclubs security, the system was optimized by selecting techniques and eliminating those who did not fit for a modern realistic street fight. The resulting system is therefore composed only of things tested in a direct confrontation. The tactic of the FFS include the principle of mono-signal self-defense (no matter what the opponent uses against me, I still react in the same way). These are procedures used at times when fighters were struggling completely without rules and

consequences - so keep in mind that some FFS techniques cannot be used in MMA matches. On the other hand, many old techniques do not appear in our system because they did not fit into the concept of a quick ending or are too old (they are intended to fight armor, etc.). The FFS also includes some techniques that allow you to get your opponent under control, so it is also suitable for police and security. The basic anti-weapons system is extended to teach combat with or against a wide range of weapons that can be encountered today (knives, telescopes, etc.). The whole system is divided into several programs that can be practiced individually or simultaneously. 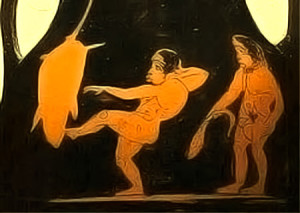 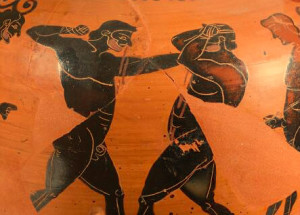 Basic training for those who never practiced any combat sport, and want to learn, how to avert an attack, even if he can not throw punches, kicks and the like. Simple motion sequences are taught, which are developed in accordance with the principle of the automatic alarm reaction and, along with the right timing, communication and psychological resistance, are used for basic self-defense in case of emergency.

Complete training for all combat situations which may occurs nowadays. It contains a wide range of combat procedures, like defense knife-attack defense, fight in tight areas like cars and elevators, group-fight etc.

This program is aimed for prevention, psychology and tactic.  How to recognize evaluate a danger and  timely procedures for stalking, domestic violence or sexual harassment. Key point is common attack understanding and early reaction training, as well as social hygiene and proper comucation.

This training covers a wide range of techniques from different martial arts, motion design and construction methodology of action scenes. It is not used primarily for self-defense, but to expand the portfolio of techniques and their adoption for purposes of stage and film fight.